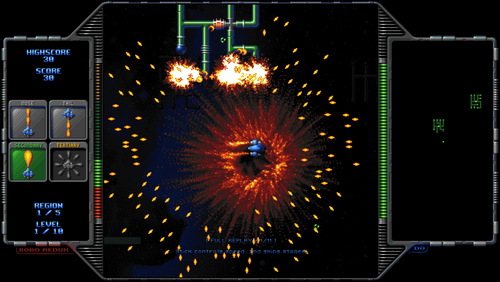 Over 100 fixes and improvements since 0.7.4, the most drastic one probably being the new real time explosion engine, which replace the crude pixel art explosions with a level wide particles + "fire filter" engine. This brings life to the explosions, and allows them to blend and interact in a way that works much better with the massive chain reactions as bases are destroyed.

Due to the decision to rewrite the game logic core of the engine for the 0.8.x branch, in preparation for the Steam launch, this release focuses mainly on presentation, effects, and critical bug fixes. Content and game logic has been left mostly untouched.

The 0.8.0 release will include a reinterpretation of Region 1 (ten levels) from the original game, 0.8.x releases will be fixes and updates, 0.9.x will cover Region 2, and so on. It is likely that new game modes and similar features will be added along the way.